From Harvard’s hallowed halls to the bustling Downtown Crossing, Boston is a study in contrasts. A worldwide cultural, financial and medical hub, few American cities also claim such a storied past. In the cradle of a nation founded on faith, the concept of a megachurch is foreign to most New Englanders, while arenas filled to capacity for Christian concerts are few and far between.

“If you choose to define revival or spiritual awakening as Fenway Park packed to hear Francis Chan speak and David Crowder lead worship, you will be easily disappointed,” says Andy Needham, namesake of the popular New England-based worship outfit. “But when you get to see God’s work in our region the way we have—town-by-town, church-by-church—you get to see an amazing and powerful work of God.”

At the forefront of a small but burgeoning Christian music scene in the greater Boston area, the Andy Needham Band has rapidly evolved from a summer camp praise & worship ensemble to a full-time ministry band with an impressive national debut. Produced by GRAMMY Award-winner Mitch Dane—whose noteworthy credits include Jars of Clay, Bebo Norman, Brandon Heath, and JJ Heller, among numerous others—Lifted High represents a microcosm of grass-roots revival in the Northeast.

“We understand worship as a living reality, not a segment of a Sunday service,” Needham states. “Worship is seeing and being awakened to God as great, glorious, and at the same time gracious and intimate. It is how we live in abundance and heartache. These songs are prayers of worshippers and for worshippers to connect and call on God.”

A combination of original proven favorites and fresh new offerings, the 10-song set was put to the test when Needham (lead vocals and guitar) and bandmates Joel Rousseau (lead guitar), Jonathan Mason (bass) and Andrew Picha (drums) entered Dane’s Nashville studio. Scrutinizing each song, woodshedding, editing and honing under the watchful eye of such a venerable producer resulted in a cohesive modern worship collection that is both smart and accessible.

Lifted High’s buoyant debut single, “Open Arms,” is a bright reminder of God’s unfailing love. “The song is a reflection on the fantastic faithfulness and grace of God, our persistent Father, who pursues us and embraces us in our brokenness,” Needham says. Originally written as a much slower song, a new tempo inspiration from Rousseau—a student at Boston’s prestigious Berklee College of Music—and Dane’s studio handiwork helps make “Open Arms” an album standout with its memorable Jack Johnson-meets-Jason Mraz groove.

The title track also hits a deeply personal note for the band. With an earnest, guitar-driven lead, it’s easy to see why “Lifted High” resonates as a corporate worship centerpiece that has both defined the band’s mission and taken root beyond the group’s reach. “It has been our most well-known worship song for several years, traveling in the guitar cases of students and worship leaders to colleges, churches, and communities of faith around the world,” Needham says. “The central message of ‘Lifted High’ is summarized in the chorus: ‘May the matchless Name of Jesus be the anthem of our lives’. This is the heart of worship that anchors the project and the band.”

Formed at New Hampshire’s Monadnock Camp, where Needham served as worship leader, the band soon began receiving invitations to lead worship at churches and events around New England. “We were young, raw musicians with passionate hearts given a platform to lead thousands,” Needham recalls. “We learned what worked, and what didn’t. First and foremost, we matured as lead worshipers interested in humbly engaging others in a corporate worship experience as we grew in our skills as players and singers.”

Leaving the camp in 2008 for a position at a Boston church, Needham gained a new perspective on ministry that would ultimately change the course of the band. “Being in a local church helped ground me in God’s passion for His people,” he shares. “I have always loved worship, but I needed to be reminded that when Jesus left the earth he didn’t start a camp or a band, He started the Church.”

As Needham and original members Rousseau and Mason settled into full-time employment, opportunities for the Andy Needham Band steadily began to increase. “I had a great ministry job, but God was calling us to a faith journey, not a career,” Needham remembers. “Genesis 12, the calling of Abraham, ‘Go to the land I will show you,’ was our key passage in that season of decision and fervent prayer.”

The addition of Andrew Picha last year, a recent Berklee graduate, further established the group’s readiness for full-time ministry, and clearly the band’s leap of faith has landed them on solid ground. But if a national debut and more than 130 concerts in 2012 alone aren’t enough, the Andy Needham Band is answering yet another important call.

“Last summer a longtime band supporter cornered me at a festival and asked if we would consider spending a Saturday at his small church helping their worship team,” Needham says. “Starting a conference was not really a part of our strategy or five-year plan, but walking away from the conversation I had a real burden for this man and his church. We put together a basic plan for an event called the Simply Worship Conference. We opened it up to other local churches, and I really hoped we might see 30-40 people come. We were overwhelmed when 125 people registered.”

Two more Simply Worship Conferences were added in 2012, as the band has realized a crucial way to serve New England churches through their own ministry. “There is a significant hunger for practical, affordable, efficient, biblical training for volunteer worship leaders, musicians, and tech teams,” he says. “We make it applicable to the contexts of churches in the Northeast. Ultimately we are building a platform for churches to share the experience of training.”

Just as the historic row houses and cobblestone streets of Beacon Hill seem to contradict the sleek, gleaming skyscrapers of modern Boston, so too does the popular stereotype of a spiritually devoid New England stand in stark contrast to reality. An exciting movement of God is afoot, and the Andy Needham Band is on the front lines.

“Perhaps revival is not a gathering in our beloved baseball stadium for one night; perhaps it is rising in a million points of light scattered across the landscape transforming a region,” Needham concludes. “Perhaps it is not one voice or one ministry that is going to have the monopoly on the movement. Perhaps it is leaders of all shapes, sizes, church cultures, ethnicities, and denominational nuances investing in Gospel ministry for the long haul.”

“This is what we see and why we are encouraged to be a part of what God is doing in New England. We want to raise that banner, to be a voice crying out that God is alive and at work.” 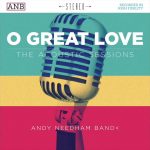 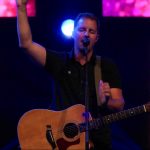