Dove award winning singer/songwriter Laura Story always knew she loved music but didn’t realize she could sing or write songs until she was in her early twenties. After joining a band called Silers Bald, in which she played upright bass, she was challenged to try background vocals and even write a song to contribute to the band’s album.

Story more than rose to the opportunity. She found a gift for singing and songwriting which, until that moment, she was unaware that she possessed. In 2002, she began work on her first independent album, and it was on this album that she debuted the title track and now hit worship song “Indescribable.” In 2004, Ed Cash, music producer and friend of Story’s, recommended that Chris Tomlin record the song as his first single. This suggestion brought the song through the doors of churches across America and the world, as “Indescribable” became one of the most popular worship songs of the decade. It remained number one on the AC charts for seven weeks and in the top 15 for 50 weeks.

The song was also included on the Passion CD/DVD in 2005, Tomlin’s 2006 release “Live from Austin Music Hall,” and performed by Avalon for WoW worship 2006. But despite the song’s success, Story remained humble, explaining that the song was born while driving through the Appalachian Mountains where she was praising the Lord for the beauty that surrounded her and for His sovereign hand on her life. It was this knowledge of the sovereignty of God that would carry her through the challenges that lay ahead.

In 2005, Story released her second independent album entitled “There is Nothing” and produced by Ed Cash and Mitch Dane. It was this same year that she married her high school sweetheart Martin Elvington, accepted a position as a worship leader at Perimeter Church in Atlanta, and signed a deal. But shortly after celebrating one year of marriage, Martin was diagnosed with a brain tumor. Story explained, “There was a time when he was on a breathing machine, and we weren’t sure if he was going to make it. I had spent my whole life singing `Tis so Sweet to Trust in Jesus,’ but until Jesus took me through something where my only option was to trust him, I didn’t really know that sweetness.” The experiences of sitting in a hospital room by her husband’s side and eventually helping him through physical therapy and rehabilitation all contributed to the depth of the song lyrics in Story’s next album, “Great God Who Saves.” “Though I’ve doubted, His grasp has never released, never slipped,” Story reflects. “He’s remained completely faithful to me. He has proven that He is my foundation and my hope.”
Story’s testimony of God’s faithfulness has served as an inspiration to many as she leads worship and shares her songs from week to week. And it has not only inspired her fans but has attracted the attention of fellow music professionals as well. In 2009, Story won a Dove award for Inspirational Album of the Year. She then recorded the song “What a Savior,” which has received significant radio airplay, for the Catalyst album in 2009. She was also asked to join Mac Powell of Third Day and a plethora of other talented musicians to write and record the album “Glory Revealed II: The Word of God in Worship,” for which the entire group won a 2010 Dove award for Special Event Album.

Despite the accolades, Story continues to remain humble and to trust in the Lord’s guidance of her life and ministry. “Mine is not the perfect voice or the perfect life,” she explains. “My life is as messy as the next person’s, and God is using me to speak to the church. For this season of my life, God has really blessed me with some insight into who He is and what that has to do with me. For some reason, He just gives it to me in song form.”
Story is currently finishing her second album with Fair Trade Services. With no doubt, each song will contain the same honest, relatable, and truth-driven lyrics as those she has written before. Look for its release in the Spring of 2011. 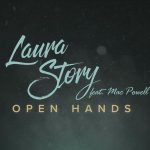 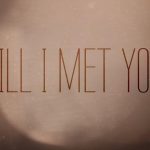 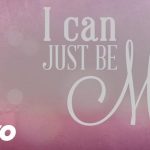