While Christian rapper Tedashii’s robust stature and delivery on the mic catch the attention of most, his gentle spirit hints at an even deeper story behind the man and the music.

After the release of Blacklight in 2009, Tedashii planned to return to the studio shortly after he came off the road in March of 2013. But before he could lay down a single track, tragedy struck. Tedashii’s one-year-old son passed away suddenly, and the world stopped. There was no recording, no touring, just months of family time, counseling, and trying to find a new normal. While the healing continued, eventually, he knew he needed to get back to work. That interaction with people – both from the stage and before and after shows – is what Tedashii loves to do. So by June 2013 he began to ease back into performing, which he found to be therapeutic.

In late 2013, he was finally ready to begin recording. Of course, the album Tedashii had originally planned would be drastically different now. His much-anticipated fourth disc, Below Paradise,became a much more personal take on the sometimes-harsh realities of this world, both the joy and the sorrow. The songs read like a journal, with some entries so honest and transparent that the pain is palpable, but the album is not a somber, solemn experience. There is triumph and hope to be found here, too.

Recorded in Atlanta and Dallas, these 14 tracks don’t just focus on his recent loss, they are inspired by all the events that have shaped Tedashii as an artist and a man. This includes his experiences in high school as a football-playing, poetry-reading, trombone-wielding member of the band and his conversion to Christianity during college. Meeting his father for the first time, feeling like an outsider, faith, family and fatherhood — it’s all in there.

Below Paradise doesn’t just track Tedashii’s personal growth, though. It also shows his progress as an artist. From his noteworthy 2006 debut, Kingdom People and 2009’s Identity Crisis to this latest album, we’ve seen his style continue to become richer and more fully developed. His heavy bass vocals and dynamic, dramatic beats insist listeners sit up and take notice.

Tedashii’s goal has always been to create songs that are thoughtful and thought-provoking, so Below Paradise won’t be the soundtrack to your Spring Break weekend. Even the songs that are upbeat or up-tempo are aimed at getting you thinking. And he’s not alone on this quest. In true hip-hop fashion, Below Paradise is an inclusive mix full of exciting guest appearances. Everyone from Tedashii’s labelmates Trip Lee and Lecrae to CCM acts like Britt Nicole, Crowder and Tauren Wells of Royal Tailor lend their voices. Andy Mineo, Natalie Lauren, Christon Gray, Tim Halperin, Lester “L2” Shaw, SPZRKT and Kam Parker round out the impressive guest list.

While not an album about loss, one way last year’s tragedy has definitely impacted the music is that it has given Tedashii’s message more urgency. All throughout Below Paradise, he’s speaking reality into life, asking “Where are we in our lives with God?” The takeaway is that we all need to be looking at ways we can speak truth to ourselves and others. Life is short, and there’s no time like right now to get real.

From his mix of Samoan and African-American heritage to his love of theater, football, and cooking, Tedashii was never easy to pigeonhole. As a result, he often felt like a misfit. In his family, there are several preferred career paths, and musician certainly isn’t one of them. Roughly 90 percent of his relatives are either in the military, education or are professional athletes. But young Tedashii was always telling a story or a joke, trying to find ways to express himself. His mom pushed him toward arts and sports. Then a high school English teacher and a college friend stepped in and altered his future course by helping him find his voice and then his Savior. Tedashii never looked back.

When not making music, Tedashii is a busy family man. He also has strong ties to his home in Denton, Texas, where he’s part of The Village Church, sometimes using his rich, deep voice to provide background vocals during worship.

We’re all the sum of our experiences. They shape our lives and, for creative types, our art. The events of the last year have changed Tedashii and his music in ways he’s only beginning to discover. They’ve also changed the way he views his faith and what’s next.

“Paradise for me is a must now, not just a hope,” he says.

Heaven has become more real, and there’s a new urgency to get there. It’s an important message he feels compelled to share. This newfound purpose doesn’t make the pain worth it or lessen the ache of loss, but it’s a calling he’s embracing. As he moves forward in his life and with this new album, he’s more determined than ever to prove himself faithful while he’s still here, Below Paradise. 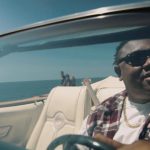 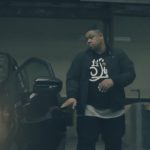 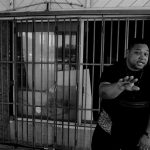