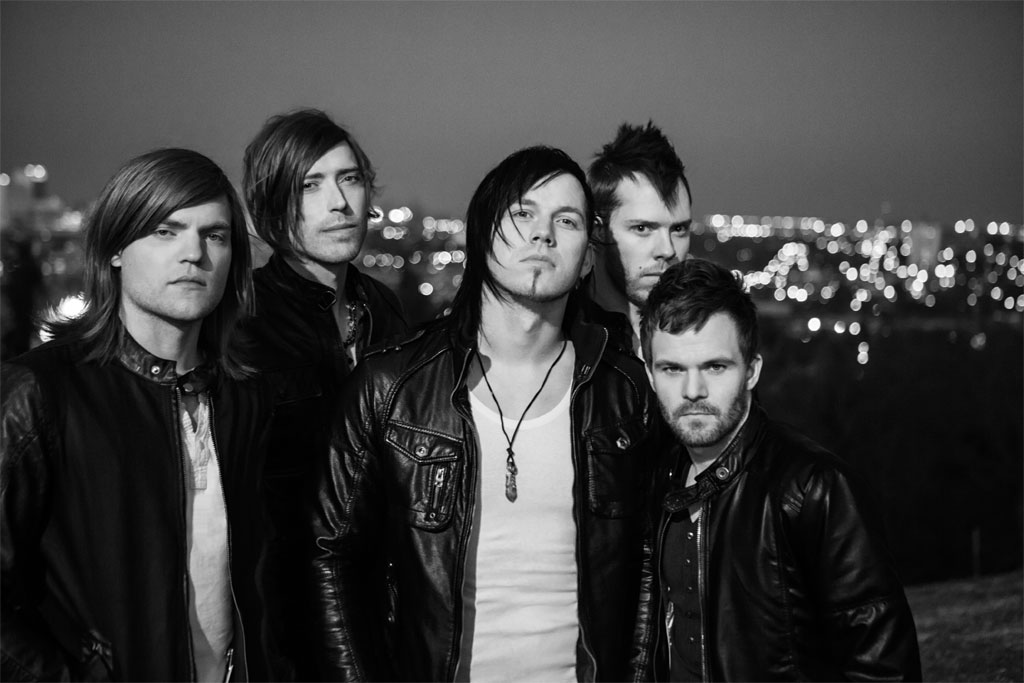 AC/DC said it first and said it best: “It’s a long way to the top if you wanna rock and roll.” But not even Angus Young in his hardest rocking dreams could conjure the wild trials that forged We As Human into a band playing for keeps.

Lead singer Justin Cordle can regale you with true tales of band members Jake Jones, Justin Forshaw, Adam Osborne and Dave Draggoo quitting jobs and hitting the road, without a single paying gig ahead of them. He can talk about how far a place like Sandpoint, Idaho seems from the bright lights of rockʼs most celebrated stages.

But he can’t discuss We As Human’s megawatt-bright future without props to those whoʼve helped the band hit its privileged perch. And that starts with Skillet, the band that discovered them: “Skillet was playing an arena show and our road manager was working it,” Cordle recalls. “He handed them an EP we had produced. [Front man] John Cooper listened to it that night, and he just loved it—he said it punched them in the face. He called [Skillet manager] Zach Kelm and said, ‘I think you should work with this band.'” From there, an introduction to Atlantic Records wasn’t far away.

Now with its self-titled debut album coming through Atlantic Records via Hear It Loud, a partnership helmed by Cooper, Kelm and attorney Todd Rubenstein, We As Human arrives at a familiar place: a high-stakes future thatʼs both exciting and exacting. But if this collection of songs offers any indication, Cordle and his bandmates have delivered one of the most bracing song collections in recent memory. Renowned rock producer Howard Benson (My Chemical Romance, Skillet) gives laser focus to We As Humanʼs massive, juggernaut sound, which recalls the likes of Linkin Park and Avenged Sevenfold.

It also proved providential—and thrilling—that Benson produced P.O.D.ʼs “Satellite,” an album that Cordle played countless times on its release. “That record changed me,” he says. “With Howard, I knew it was going to come out better than anything we’d ever done. And it did.”
On the sonic side, this new disc stays true to We As Human’s core attack, yet with added levels of energy and intensity that will take even the most jaded listeners by storm. Add to that the lyrical depth, and you’ve got the makings of a milestone among hard rock debut discs. The band also recruited some familiar faces to make appearances on the album including Skilletʼs John Cooper on “Zombie,” and Lacey Sturm from Flyleaf on “Take The Bullets Away.”

“This record is not just a compilation of songs; every song is a part of my heart and this band and our story,” Cordle says. “This record is shaped by our history, and real stories of real things that five real guys have gone through.”

Take “Sever,” a song that hits very close to home for Cordle, and speaks to anyone who’s seen a loved one fight a debilitating disease. “My nephew, Tyler, had cancer, and I wrote that song after he passed away,” Cordle says. “He was only three years old and it was hard time for me and my family. I was on the road a lot while he was fighting his cancer, and I’d tried writing a song for him a few times.”

Finally Cordle found the inspiration he needed in Tyler’s mother: “She said something that will stay with me forever: ‘People are really sorry about Tyler losing his battle with cancer. But I don’t think he lost his battle with cancer; he won his battle, and he’s with his creator, and the cancer is dead.ʼ To hear that from a woman who had just lost her son was amazing to me. It was really heavy.”

And so against a backdrop of furious, arpeggiating guitars and runaway-truck rhythm, Cordle sings: “Cancer in my bones/ You won’t let me go/ So it’s you I sever.” The agony and victory in his voice ring as palpable as a smashed fist through a glass pane.
A similar intensity frames “Strike Back,” the first single from the new album. “With ‘Strike Back,’ we were coming off the tail end of a huge tour, the number one tour of the first quarter of 2012, and I went into the studio.”

Cordle recalls what happened next: “I felt like I had nothing left, so I challenged myself: ‘Let’s make this first song something to kick people in the face.’ So this song was me and my band saying, ‘Bring it on. What can hurt us now?ʼ After a few seconds of tremulous guitar, the song pounces from the speaker with caged-panther fury: “The bigger they are, the harder they fall/ You’re gonna suffer/ Hit me, I’ll hit back harder.”

The new album awaits its road test before countless concert fans. To say Cordle and company know something about the trials of the road is putting it mildly. “We feel we’ve had a long road behind us, and it’s made us the men we are,” he says. “But it feels like even with the team we have, we’re just now arriving at the starting line.”

Yet the race isnʼt for gold records and glory, though those things may well come. To hear Cordle tell it, We As Human will pursue nothing less than an authentic relationship with its fans, with the music giving them access to their lives far beyond the proverbial backstage pass.
“We want out listeners to know that every word we sing, every word we say from the stage, comes from the core of who we are. It’s not just a show. We write about who we are, what we believe, and back that up with how we live our lives.” 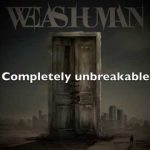 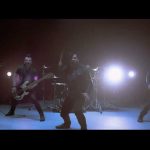 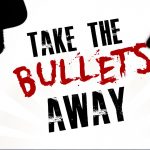