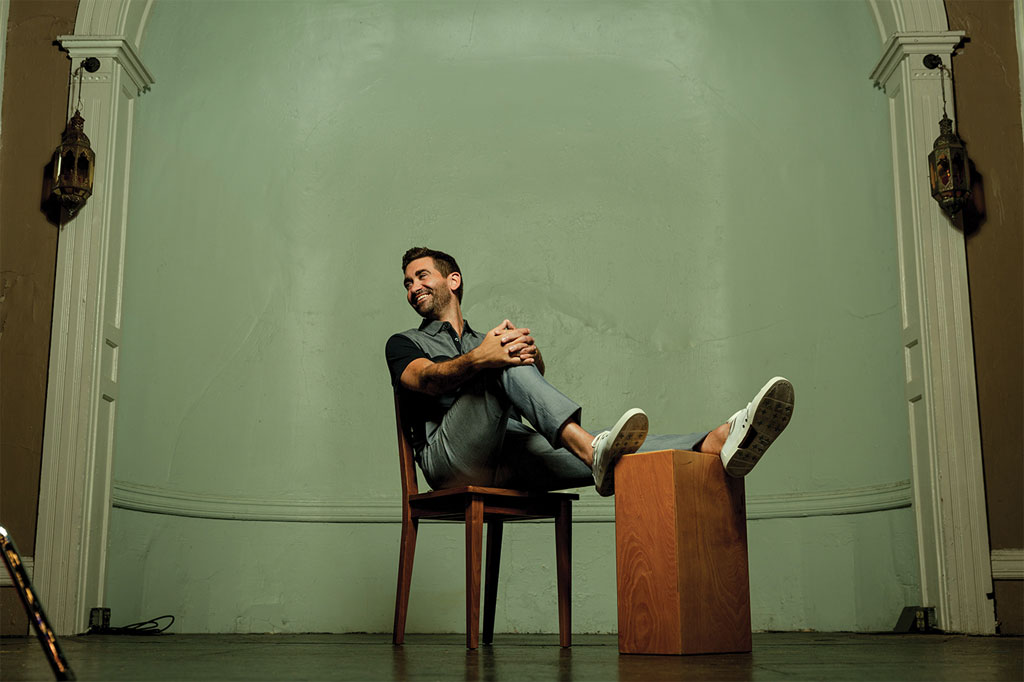 Nashville is a city with more than its share of professional songwriters, and any of them can tell you that ballads are a dime a dozen in this city. When an artist is hunting for the final song or two to make a project complete, they’re never looking for a ballad.

“As we were songwriting we kept asking if the language in the lyrics was too strong. Were we creating images that were too forceful for churches to use in worship? There are already a lot of good songs out there that reference the gentle beauty of Jesus as the lover of our souls. I’ve written songs like that. But this time around I didn’t want to be afraid to write of God’s strength, of his victorious might, of his defeat of death. This time around I wanted to write songs that boldly proclaim Christ as the powerful conquering hero to whom every knee will bow. I wanted to write a celebration of that eternal victory.”

Nashville is a city with more than its share of professional songwriters, and any of them can tell you that ballads are a dime a dozen in this city. When an artist is hunting for the final song or two to make a project complete, they’re never looking for a ballad. They had the slow, moody songs written and recorded months ago. It’s always the powerful, upbeat, happy songs that are hardest to come by. Everyone panics at the end of the recording process when they realize they don’t have those couple of big, feel-good singles yet. Well, almost everyone.
Doxology, Aaron Shust’s seventh musical offering, was never anything but an upbeat celebration—a celebration of the might and power and victory of the risen Christ. The new collection was forward-leaning and festive from the very beginning of the writing process. “There are ten songs on this record,” Aaron explains, “and nine of them are expressing ideas that could be sung at the afterparty to the coronation of the King of Kings. Throughout the writing and recording process for Doxology, I’ve had that image in mind: ‘Bring forth the royal diadem…’ The summation of history when Jesus is crowned eternally and His people respond in worship and praise.”
The writing of a project so steeped in celebration is not something Aaron approached lightly or presumptively. It is territory that, in his own life, has been hard won. He had to make a long trek through the valley of the shadow to finally get there. As such, Doxology arrives as the testament of a hopeful faith that has been tested in the crucible of difficult circumstance.
“Songs really become time capsules of the seasons of life you’re in when you write them,” Shust observes. “They capture the thoughts, the feelings, the prayers, the passions of that part of your journey. Doxology isn’t a project I really could have easily written before now.”
Produced by Crowder drummer Christian Paschall, the ten songs that comprise Doxology were co-written with seasoned worship leaders including Michael Farren, Mia Fieldes, Krissy Nordhoff and Benji Cowart. And each of the songs were written “with the intent of celebration.” The result is a project ripe with new material that, while presented with a fresh, sonic creativity on the album, is intended to find its fullest expression in congregational settings.
“At my church,” Aaron says, “we don’t know which musicians are going to be available from week to week so the songs get fleshed out differently every time we play them. I’ve always felt that if we can’t worship without this or that instrument, then there’s a deeper issue we need to look at. My hope was to write songs that—regardless of the production choices we made on the record—could be offered to the church. I always want to equip as broad a cross section of churches as possible with deep, theologically-rooted songs of worship.”
One such offering is O Praise (The Only One). With a beautiful, hymn-like melody that only grows more intense with repetition, O Praise (The Only One) speaks of Christ’s eternal victory, and of the inheritance of believers.
“O Praise (The Only One) was one of the songs that came out of a worship writers retreat I was a part of,” Aaron says. “We would write songs during the day and record them at night. It’s one of two songs on the record that I didn’t co-write, but it’s one I knew I had to record the first time I heard it. I think it’s just a stunning song. O Praise talks about our adoption: One with him, we bear his name. I love that concept. And it’s one of those melodies you just want to sing over and over. I immediately started using it at my church and the congregation made it their own.”
After years of touring and the early success of songs like My Savior, My God—which became one of the most played songs ever on Christian radio—Aaron returned to his roots, both musically and geographically. In 2010 Aaron moved his family back to his hometown of Aliquippa, PA and he accepted the position of volunteer worship leader in the small church where he had grown up. Even as he recorded two new records for Centricity Music he was rediscovering the notion that he was a worship leader rather than a performer, and that the songs he wrote should be offerings for the church more than attempts to get songs played on the radio. The irony, of course, is that radio embraced his refocused direction, and songs like My Hope Is In You and God of Brilliant Lights became huge radio hits. At the same time, Aaron and his wife were reeling from long-term, life-threatening medical issues affecting one of their sons and the birth of their special needs baby. It was a season that forced them into a relationship of greater dependence on God and that shaped Aaron’s songwriting into psalm-like cries of the heart.

“In the first chapter of Job,” Aaron explains, “we see that Job was able to worship even in the midst of his grief, but he wasn’t ready to celebrate yet. I can relate to that. Two years ago I could worship, even in the midst of suffering, but I wasn’t ready to celebrate. It’s not that circumstances aren’t still hard sometimes. I still have to remind myself that God’s promises are true. But having walked through what we’ve walked through as a family, and having experienced God’s comfort and faithfulness in deeper ways than we ever had before, there’s an air of celebration and expectancy that wasn’t there before.
Among the many celebratory standout songs on Doxology is the joyously percussive Never Gonna Let Me Go. Probably the cut where he has the most fun on the project, the song is one that Aaron was initially concerned might be perceived as a novelty song.
“Never Gonna Let Me Go has a really interesting, unexpected sound,” he explains, “so I was a little worried. But once I started playing it in church, it was hugely embraced. The irony of that song is that, while it’s definitely a celebration, it was a song Benji Cowart and I finished writing after a close friend of mine died. He had asked that we throw a big, blow-out, praise celebration rather than a gloomy memorial for him, and that’s what we did. The lyric says ‘even death won’t take us.’ John 10:29 reminds us that our Father is greater, and that nothing can snatch us from His hand. Not even death. That hope, if we believe it, is one that should lead us ultimately to celebration.”
Other juxtapositions of upbeat music with profound lyrics are found on songs like the jubilant anthem Always Will Be (which finds God’s redeeming presence in the very midst of a world of suffering), the confident longing of Nothing More, and the counterintuitively buoyant It Is Finished.
“I had been thinking for a while about writing a song with this title,” Aaron says, “but writing it in such a way that it wasn’t a finger-picked minor key guitar song intended only for Good Friday services. We read those last words of Jesus as he suffered and died and we tend to frame them in the context of the sadness and tragedy of the crucifixion. But if we only hear his words through that filter, we’re missing something. The fact that Christ’s work on the cross completed the plan of salvation gives so much reason to celebrate. It Is Finished came in the midst of suffering, but it is a victory declaration. I wanted to write a song that would turn that phrase on its head and point us towards that final celebration of Christ’s resounding victory. And there’s something in the here and now that is so compelling about that victory. It reminds us that we win. In the midst of whatever circumstances we find ourselves in, we can embrace that declaration. Christ has won, and in Him, we have won. The last few years have been hard, but that’s the place I’m living in now, and that’s where these songs came from.” 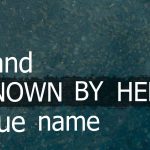 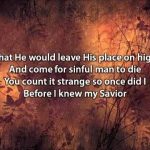 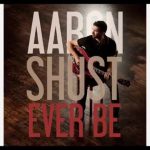