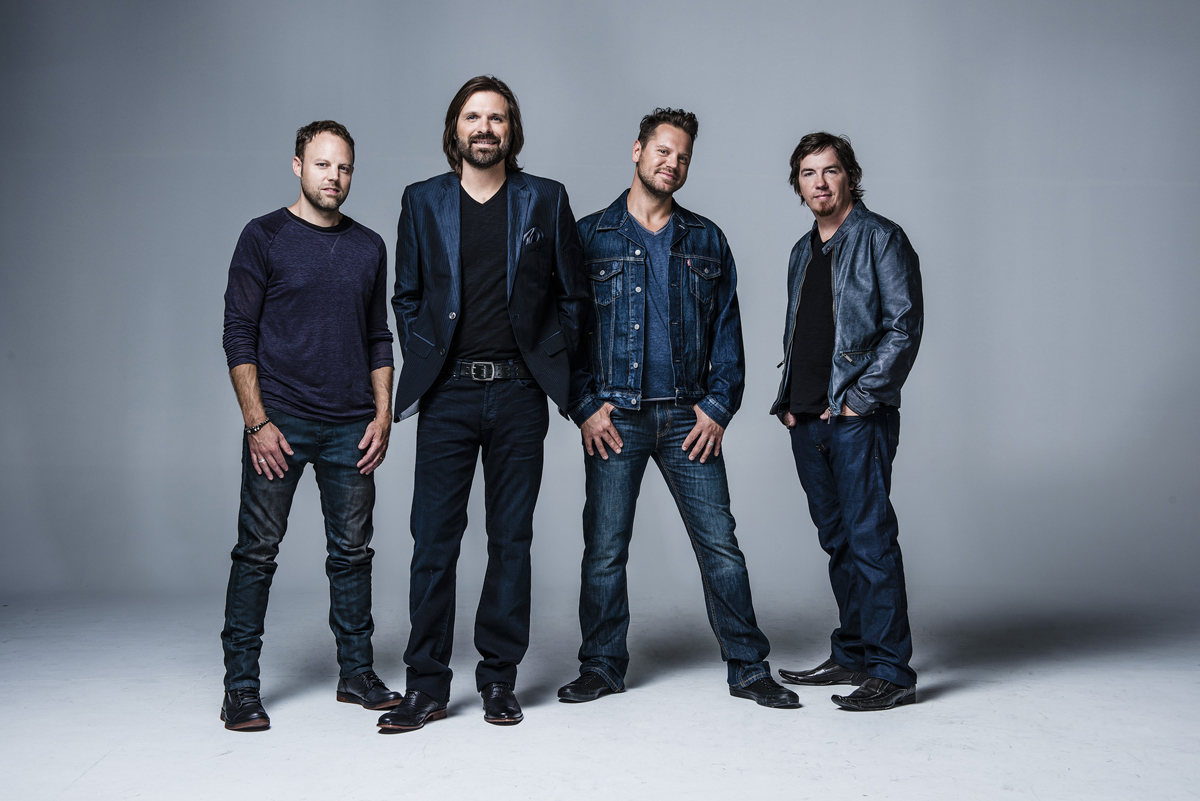 Celebrating a powerful and uplifting 20+ years since the original independent release of the band’s GOLD selling self-titled debut album, THIRD DAY – which Billboard has called “one of the best rock bands, period” – forges new but familiar ground on its upcoming 12th studio album, Lead Us Back: Songs of Worship. Looking beyond the extraordinary stats and accolades including 31 #1 singles, more than 8.5 million albums sold, 24 GMA Dove Awards, four GRAMMY®s, an American Music Award and being honored as a Georgia Music Hall of Fame inductee, the band is focusing on the spirit of worship and a pure consistency that has driven all of its recordings and live performances, and has always inspired its loyal fans to draw closer to God.

Celebrating a powerful and uplifting 20+ years since the original independent release of the band’s GOLD selling self-titled debut album, THIRD DAY – which Billboard has called “one of the best rock bands, period” – forges new but familiar ground on its upcoming 12th studio album, Lead Us Back: Songs of Worship. Looking beyond the extraordinary stats and accolades including 31 #1 singles, more than 8.5 million albums sold, 24 GMA Dove Awards, four GRAMMY®s, an American Music Award and being honored as a Georgia Music Hall of Fame inductee, the band is focusing on the spirit of worship and a pure consistency that has driven all of its recordings and live performances, and has always inspired its loyal fans to draw closer to God.

Mac Powell (lead vocals), Mark Lee (guitars) and David Carr (drums), extol the eternal virtues of “Our Deliverer” and “Maker” while asking Him to “Lead Us Back” to the passionate faith that all believers had at the beginning of their walk with Christ.

Fashioned by its producers, The Sound Kids (Nashville based artists Jonny Macintosh and JT Daly), as a worship experience with THIRD DAY at the center of a “friend choir,” the 12-track devotional features members of Powell’s home church choir; prominent guest vocalists Michael W. Smith, Natalie Grant and Michael Tait (featured on “In Jesus Name”); background vocals by David Crowder, Daniel Bashta, David Leonard and Leslie Jordan (All Sons & Daughters); and a featured vocal on “Your Words” by emerging female indie artist, Harvest.

“Thematically, many of the songs on Lead Us Back include references to the Hebrews leaving the slavery of Egypt to enter the Promised Land, with strong parallels between Moses leading God’s people and Jesus bringing us back to where we should be in relation to God,” says Powell, who generally initiates the band’s collective songwriting process.

Powell continues, “We’re all God’s people, people of faith trying to follow God. As in “Our Deliverer,” we need Jesus to bring us from the captivity of sin to spiritual freedom and salvation. Like the Ancients, we sometimes complain that things were better ‘back home,’ like we would be better off if we didn’t have to deal with the challenges of following God. We don’t believe that is true and this album is our way of sharing the idea that the excitement, that freedom from bondage we felt in the beginning, is something we can rediscover every day, with God’s help.”

Carr adds that while we need Jesus to bring us back to that initial point of faith, it’s all in the spirit of moving forward with our lives in Him: “It’s interesting to unpack the title we chose for the album and to reflect on what it means to us and what we hope it will bring to our fans. He’s leading us back, but in essence we’re not going back. We’re moving ahead, arriving there with the youthful, exuberant feeling of our first encounter with Christ.”

THIRD DAY’s first dedicated worship album in 12 years, Lead Us Back: Songs of Worship is the latest in the band’s storied tradition of recordings in the increasingly popular genre.

“We had been talking about recording another worship album for the past five years, and at one point during that time began working on a few songs,” says Lee. “In general, though, we let the songs we’re working on at any given time dictate the direction of our next project and when we started to write more rock tunes and ballads in line with our other albums, we decided to hold off.” He continues, “This time, Mac brought a batch of great songs to the table that all fit together thematically in the worship context, so our intention to make that the focus was there from the start on Lead Us Back. We also realized that any time we wanted to perform worship songs in concert, we kept going back to our older material, and we were definitely ready to record some fresh ones.”

The original songs “Cry Out To Jesus,” “Your Love Oh Lord (Psalm 36),” “Show Me Your Glory,” and “King of Glory” have become staples of contemporary worship services around the world and in addition to the group’s previous worship projects, the PLATINUM and GOLD selling Offerings: A Worship Album (2000) and Offerings II: All I Have To Give (2003). But while the first Offerings album was a mix of new songs, covers and live versions of previous songs and its follow up was a gathering of live recordings, all of the songs on Lead Us Back: Songs of Worship were penned specifically for this project.

THIRD DAY’s stature as a multi-platinum band galvanizing both the group’s core CCM audience and secular rock enthusiasts alike has led to the opportunity in recent years to work with some of the pop and rock world’s top producers, Howard Benson (Revelation) and Brendan O’Brien (Miracle). While blessed with the confidence and experience that those sessions imparted, the band took a very different approach in hiring the young duo The Sound Kids. Jonny Macintosh was part of the modern rock group Luna Halo, and JTs the lead singer for the indie rockers, Paper Route. The fact that the two had only recently joined forces as a production duo, (its most prominent credit is Daniel Bashta’s The Invisible), was compelling creatively to the band.

Powell initially wanted to work with The Sound Kids because of the ability to bring out “huge sounding songs without getting loud” on Bashta’s album. Expressing THIRD DAY’s appreciation for the overall sonic landscape the producers brought, Carr adds, “Even when you listen to the music alone without the vocals, there’s this special quality to it. It’s not that we toned down who we were; we simply played in response to the gorgeous sheen and beautiful sensibilities these guys brought to the sessions. The music grabs you first, but obviously we’re also saying something pretty clear. Marry that direct message with a soundtrack that could easily stand on its own, and that makes for a recording we’re really excited about.”

From the infectious opening refrain “Oh Lord, fill us with your Spirit” on the opening track “Spirit,” that message shines through in powerful, multi-dimensional bursts of humility, love and praise for God. The rumbling, bluesy “Soul on Fire” – a plea for restoration of that original fire and passion for Christ – had its origins with South African worship leader and songwriter Brenton Brown, who graciously allowed THIRD DAY to change its arrangement and add a verse. “Your Words,” featuring vocals by Harvest, is about the power in Scripture and it’s ability to bring life, healing, and a message of grace to a world in need. The mid-tempo “Our Deliverer” finds Third Day in its grooving, edgy rock wheelhouse, reflecting on God’s promises that every heart will be redeemed and every burden lifted as He sets his people free. “Victorious” is a similarly rocking declaration that “You reign victorious over sin, over death, over all, over us.”

Connecting Old Testament images of “beauty rising from ashes” and “new life in these dry bones” to the redeeming work of Christ, Third Day expounds upon the many things done “In Jesus Name”: the blind have sight, the deaf now hear, the lame will walk, the lost draw near. Likewise, the atmospheric, piano driven title track “Lead Us Back” includes imagery from Exodus as it connects with Jesus’ ability to bring us back to him in order to move forward. The stomping, high energy “Maker” is an explosive reminder of the infinitely creative side of God, maker of heaven and earth. The ambient rock ballad “He Is Alive” ties in to the band’s moniker perfectly, reflecting upon the Resurrection and the hope it brings. Lead Us Back: Songs of Worship wraps with a soulful reflection on Jesus’ power in “I Know You Can,” the infectious, lighthearted sing-along praise to the “Father of Lights,” and “The One I Love,” the folk-pop flavored finale to the album is a love song to us written from God’s point of view.

“Lead Us Back is a call to worship not just for our audience but the band as well,” says Anderson. “Why now? We’re ready for these songs. We’re ready to feel God’s spirit fall afresh on all of us again. We have a twofold hope in sharing them. First, that this music will help lead us as a group back to our original fire and desire to worship and second that it will do the same for our fans who are on the spiritual journey as well.” He continues, “As we all get older, as we deal with our careers, marriages, kids and the crazy events in the world, it’s easy for anyone to let things wear down our faith. But that’s where the power of worship comes in — we go to God via the tool of music to help us restore that faith and reignite the spiritual fervor. We want those who listen to the album to feel more excited and ready than ever to share their faith and serve God with their lives.” 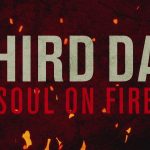 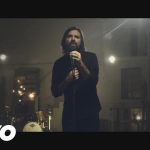