All Things New was a Christian Contemporary-Americana-Folk-Southern pop band from Deltona, Florida. They are on the BEC Recordings label. The band released an EP called “Seek the Love” in 2009. The band also released an EP that was called Overcome in 2011, which was done independently.

“You don’t need to have a record deal to spread God’s love.”

His band, All Things New, made up of childhood friends Jeff Stein (guitars), Luke Wycuff (drums), and Drew Moenning (keys) released their self-titled debut in 2013 on BEC and were already connecting with fans as they toured on the Newsboys’ God’s Not Dead Tour. The self-titled album peaked at #14 on the Christian charts and #5 on the Top Heatseekers chart. Success was imminent. And yet, the guys began to realize what they really wanted was something not dependent upon commercial success. “We got what we thought our dream was — a record deal,” Garrett says. “But in going through that, we were reminded that our dream is truly to share the love of Christ.”

With that renewed sense of purpose and direction, the four took to the studio to record their new album, The Good News. “That’s what we focused on for this next record. We aren’t in this for anything other than reaching people with the message of the hope that they have in Christ.”

The band has come to a point in their lives where they are truly embracing that they have been blessed with a platform, and they refuse to take that for granted. Making a second record felt like a second chance. “We believe in this record and what it stands for and says. That’s where it has to start,” Garrett says.

Digging deeper, taking ownership and seizing the opportunity, the four found their voice. “We had to go back to the basics and find our heartbeat,” Drew says. “And it was to love people. That’s the ultimate win.”

The Good News, releasing Sept. 25, came out of conversations about how to boil the Gospel down to a musical format. “When we were talking about the second record, we wanted it to be cohesive,” Jeff says. “It just came back to, why did we start doing this when we were 16 years old in youth group worship service? Why did we decide to take that elsewhere? It was to share the Gospel, the good news.”

“That’s the gospel,” Garrett says. “That’s what the whole song is about. It’s the simple truth boiled down in a three-minute song.”

While Americana influences are peppered throughout, this album lands in a decidedly pop zone. The songs that flowed from the writing process were about maturing in Christ, but acknowledging we’re hopeless without Him. “We want people to know that we’re on the journey with them,” says Garrett. “Looking back, it feels like the first record was

preaching from the mountaintops. This record is letting them know, We’re right there with you. We’re just as in need of Jesus as you are.”

Thematically, the lyrics on the album range across the spectrum: they give hope to people who are broken, lost and in need of a Savior and encouragement to believers who need to be reminded of the good news.

“Can’t Hold Me Down” begins with the words “Get off me devil,” a fiery declaration Garrett received inspiration for during a church service. “We went into the studio the next day knowing we needed to write a song to highlight the greatness of our God,” Garrett says. “To let people know there’s victory and freedom in Jesus. No matter what we’re facing, it’s not going to hold us down.”

That energy translates into a fun live show. “We’ve been playing the song and already it’s been connecting,” Luke says. “As Christians, we often lose sight of our position of victory, but we’re called to live a life of faith.”

“You Love Me for Me” is a message to those who have yet to come to Christ because they’re intimidated. “The base of that message is that the love of Jesus is not calling us to clean up before we come to Him,” Luke says. “It’s just calling us to come to Him. Let love clean us up. He’s the one who’s going to purify our hearts and minds. It’s a song about Christ’s love for us and a reminder that Jesus doesn’t love us for a future version of ourselves. He loves us for us.”

“Believe” reminds believers that in moments of doubt, we can be confident in His love. The chorus says, “Help me believe I’m a new creation/ help me believe that I’m something more/ than the past that I’ve been carrying/ help me to know that I am Yours.”

It’s a message that comes from a group of young Christian men who have a renewed sense of purpose. “We’ve had moments where we’ve had to ask ourselves if we believe in what are saying and singing to everyone else each night,” Garrett says. “This song is a powerful reminder that we do. Our heart is that every time we take the stage, it’s not about us being rock stars or having a record deal, it’s all about the opportunity to love on people.” 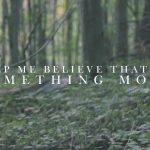 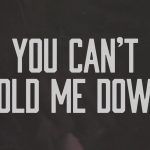 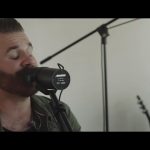