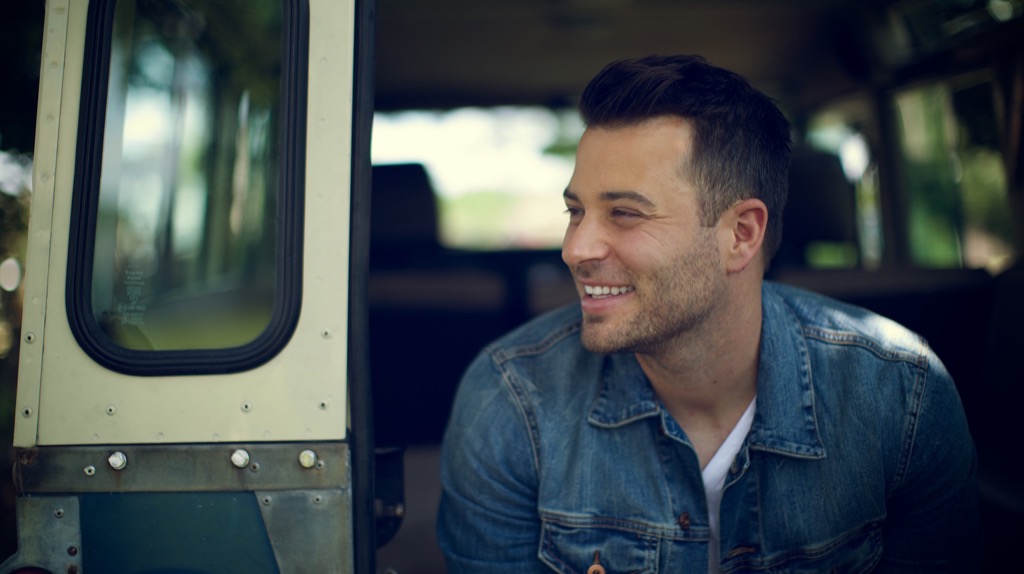 On May 15, 2015, just before midnight, everything changed for Jonny Diaz. When he and his wife, Libby, welcomed their daughter, Charlie Grace, into the world, the singer/songwriter officially added “Dad” to his long list of accomplishments. In many ways, it was the beginning of a new chapter for Diaz and a period of change that’s proved far more exhausting and more rewarding than he could have ever imagined. In fact, the birth of his first child came in a long succession of events leading up to the release of his latest EP, aptly titled Everything Is Changing (Centricity Music).

“We didn’t even have the baby yet, and I just felt so overwhelmed with everything life was throwing at me,” Diaz admits. The Florida-native found himself staring down impending fatherhood in the midst of an intense 40-city tour. All the while, back at home, he was helping his wife launch a fitness studio and quickly approaching a deadline to turn in a new record.

“In some ways when I had to co-write, it was stressful, because I was like, ‘Man, I have to commit this entire day to writing a song, and I don’t even know if I’m going to use the song,’” Diaz recalls, looking back at the process.

When he would sit down for co-writes, more times than not, he simply began telling his fellow writers about his life’s current events—the songs naturally flowing out of the day-to-day, almost in real time. Thus, the tracks that rose above the cutting room floor for the six-song set ring true to the season of life where Diaz finds himself. However, fans shouldn’t expect a lullaby album. All of the songs except one were finished before Charlie Grace was even born—each cut standing as a testament to Diaz’s firm belief in transparency.
“From the very beginning, I just described myself as a Christian who loves music. It was, and still is, impossible for me to be authentic with my songwriting and not talk about my relationship with Christ and how He’s impacted my life,” he says. While Diaz’s faith is evident with each release, his songwriting has never shied away from the messiness of life and relationships.

“I’m at a point where I genuinely feel like I have nothing left to lose,” he shares, noting that he spent years trying to recreate the magic that transpired with early No. 1 hit “More Beautiful You”—a practice that pointed Diaz toward endless striving but yielded little fruit.

 The evolution in his approach and subsequent viewpoint resulted in a newfound joy unearthed during the recording process. Diaz may have been unsettled as he attempted to spin too many plates—both personally and professionally—but he also discovered a peace culled from being certain of his calling. “Ultimately, this is where God has led me just through trying to be authentic,” he maintains. “I don’t have all the answers and not everything is going to be perfect, but there’s still joy down in my soul.”

That thought became the hinge for the album’s buoyant cut, “Joy.” “Honestly, I am just at this really joyful state,” he shares, adding, “When you decide you want to write a song about joy, you sure don’t want to write a slow song about the subject.” The cheerful track is the most upbeat of the half dozen songs, adequately reflecting the feeling that should permeate a believer’s life, regardless of circumstances shaping our happiness.

First track, “Enough In You,” points to God being the source of true joy. “I want to acknowledge all the areas where life is tough and acknowledge every area where we come up short but also realize that Christ is enough…and find truth and joy in that,” Diaz says. The song reveals the singer finally coming to terms with his genuine identity in Christ, a theme that also shows up on the playful “Saved From.”

Meanwhile, poignant lead single “Breathe” provides a glimpse into the frenetic pace of life Diaz navigated during the writing process. Musically, the song gives listeners space for respite as the up-tempo verses slow down to a crawl in the chorus, as if the singer is literally taking a breath. “I realized I’m not the only one feeling that way, and I think a lot of listeners can relate to that,” Diaz notes of the song centered on finding rest in the midst of the rat race. He also reminds us that the things that often keep us busy aren’t always bad with the lyric: “Lay down what’s good, and find what’s best.”

Centerpiece “Chance” proves an original take on how God can use hardship for good. “Somebody once told me that they really don’t know why God allows hard things to happen to us, but one of their thoughts is that God wants to show Himself completely to us,” Diaz explains. “One of God’s characteristics is a healer, and how could He show Himself as a healer if He didn’t allow hurt? How could He show Himself as a restorer if He didn’t allow brokenness? Maybe God allows all these things to happen so that we can fully see who He is, because those are all big aspects of His character and His personality.”

Closing out the set is his dedication to Charlie Grace, “All Because Of You.” Diaz began the track before she was born and finished it once he held her in his arms, but the process of writing a song for his daughter left him conflicted. “It’s so easy to write a song for a newborn and just talk about how it turns you into a pile of mush,” he muses. “I feel like it’s so easy for it to be a song that connects with you but not with other people. For months I was just trying to rack my brain for a way I could write Charlie Grace a song and not have it be cheesy.

“I wanted to acknowledge the fact that this is not all easy, and it’s not all perfect,” he continues, as the candid song recounts all the limitations fatherhood often inflicts. “There are some things about this baby coming that are absolutely going to turn my world upside down, but at the end of it, I wouldn’t want to change a thing.”

Like anything else, parenthood is a process and one Diaz is still working through. “Everybody says, ‘This will be the best and the toughest thing you do,’ and we’re right in the middle of that,” he shares. “There are a lot of things I’m processing…just trying to figure out my role as her dad. Clearly, one of those roles is provider, and the way I’ve done that for my entire adult life is music; but also one of my roles is to be there in person. I’m just figuring out how those balance out.”

At times, Diaz has also attempted to balance two full-time jobs as he acts as general manager of Fit Factory Nashville, the local 6,000 square-foot gym he owns and operates alongside Libby, who acts as head trainer. The new business venture has become an unconventional source of community and support for the couple and its more than 200 members.

“There’s something about getting through a tough work-out or even kind of suffering through something that just brings people together,” Diaz says. “We’ve seen God create a cool community through what we’ve done. It’s been such a neat way for us to meet, minister and invest in so many young adults in our area.”
Like any hard-working husband and father, he may be wearing a multitude of hats and life may not always be perfect, but he’s learning to find and appreciate the beauty in the messiness. Everything is changing, but it’s really Diaz who’s being changed in the process; and he’s more than OK with letting God shine through his imperfections.

“In my effort to be genuine, one of the things God has called me to do is to not stand on stage and try and look like I have it all together,” he says, “but instead, stand on stage and admit where I need saving, because I can make my Savior look big by admitting all the things He’s saved me from. I can stand up there and say, ‘Here’s where my life has completely fallen apart, but here’s how God has pieced me back together.’” 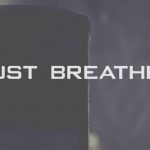 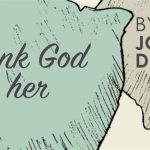 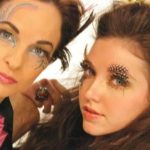