Seventh Day Slumber is a Christian rock band from Dallas, Texas formed in 1996. They were an independent band for five years[1] until they signed with BEC Records in 2005. They are best known for their songs “Oceans from the Rain” and “Surrender”. “Oceans from the Rain” was the 14th most played song on Christian CHR radio in 2006 according to the Weekend 22. Their songs have been featured frequently on X the album series.

Joseph Rojas tried to commit suicide following a cocaine binge, and became a Christian while being taken to the hospital in an ambulance. The band formed in 1996 and were later signed to BEC Recordings. He teamed with guitarist Evan Weatherford, bassist Joshua Schwartz and drummer Adam Witte. After signing to the Afinia label the group issued Matthew Twenty-Five three years later. Their second album Freedom From Human Regulations was also released on an independent album before they made their major-label debut with Picking Up the Pieces in 2003.

Seventh Day Slumber released Once Upon a Shattered Life in 2005 which spanned their hit singles “Caroline” and “Oceans from the Rain”. The album hit No. 1 on the Billboard Heatseekers Albums chart and No. 26 on the Top Christian Albums chart. After re-releasing Picking Up the Pieces that same year, they released Finally Awake in 2007. It peaked at No. 16 on Billboard’s Top Christian Albums chart. The Spanish-language album Rescátame contained re-recordings of previous songs and it won the 2009 Dove Award for Spanish Language Album of the Year at the 40th GMA Dove Awards. It was followed by Take Everything, an album of new arrangements of Christian music worship songs. The album peaked at No. 141 on the Billboard 200 and No. 11 on the Top Christian Albums charts. The Anthem of Angels was released in November 2011. 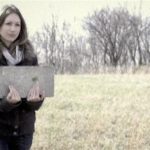 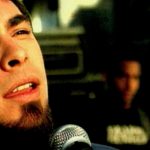 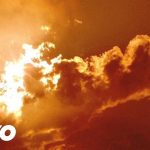