Robbie Seay Band (aka RSB) is a Christian rock/worship band located in Houston, Texas. The band led worship at a church in the Neartown area of Houston for many years. Currently, Robbie and several band members help lead worship at a church in Northwest Houston called Bayou City Fellowship where Robbie also serves on staff. Many of the songs on RSB’s albums are inspired by events and people within their church and community.

Robbie Seay is from Houston,TX.

He is hoping to appear that someone else is writing this bio so please excuse his insistence on writing in third person.

RSB has been a band for over a decade, spending most of those years with EMI Music. 2012 marked the release of their independent project “Rich & Poor”.

Robbie loves his family. He loves Tex-Mex. He loves God. And he writes about all of these on the new album (okay, maybe no Tex-Mex songs..but the rest is true).As the band enters their 11th year, Robbie is joined by long time bass player Ryan Owens, Lead guitarist Matthew Kidd & Dave Keil on drums.

Robbie is best know for his career as a songwriter, recording artist & worship leader. Founding the Robbie Seay Band in 2001, RSB has released 7 albums including the critically acclaimed 2007 EMI release “Give Yourself Away”. Songs from these recordings have been featured in multiple tv shows and movies including American Idol, One Tree Hill & numerous shows on the ABC network.

With multiple songs on the ccli charts for many years now including “Song of Hope” which was a top 50 radio songs of the decade, Robbie is the rare songwriter whose songs are both worshipful and inviting to the a broader audience.

RSB is extremely proud of the record “Rich & Poor” and very grateful to have made a career of writing and recording music about their faith, lives of love and loss and everything else in between. 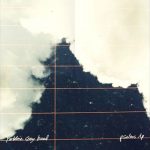 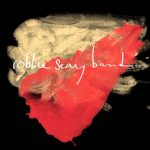 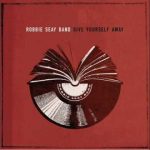