Matthew West is a four-time GRAMMY® nominee, a multiple-ASCAP Christian Music Songwriter/Artist of the Year winner and Dove Award recipient, and was awarded an American Music Award (2013), a Billboard Music Award (2014) and a K-LOVE Fan Award (2016). West also received a Primetime Emmy® Award nomination for Original Music & Lyrics for “The Heart of Christmas” from the film of the same name.

In addition to his own recording career, he has more than 130 songwriting credits to his name, including cuts by Rascal Flatts, Scotty McCreery, Casting Crowns, Michael W. Smith, Amy Grant, and Mandisa, among others. Selling more than 1.2 million albums to date (TEA), West’s discography includes acclaimed releases: Live Forever (2015), GRAMMY-nominated Into The Light (2012), The Story of Your Life (2010), Something to Say (2008), History (2005) and Happy (2003).

Well known for communicating stories through song, Matthew West has received thousands of stories from around the world. His latest album, Live Forever, continues that storytelling theme and debuted at No. 1 on the Billboard Christian Sales Chart. He has obtained numerous No. 1 singles, most recently with “Grace Wins,” while achieving a record-setting No. 1 for 17 straight weeks at radio with “Hello, My Name Is” and “The Motions” for 15 weeks.
On the road year-round, he has headlined many of his own tours, such as the Live Forever Tour that ran through Fall 2015. He also co-headlined 2016’s WinterJam Tour Spectacular, the No. 1 tour in the world, which he first joined in 2013. 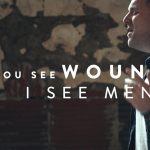 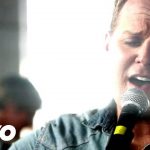 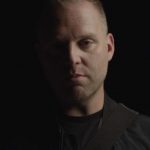