Aaron Roderick Gillespie (born July 18, 1983) is an American musician, best known for being the original drummer and clean vocalist for the metalcore band Underoath, and was the lead singer and rhythm guitarist for the alternative rock band The Almost. Gillespie also maintains his own solo project, and released his debut full-length album, Anthem Song on March 8, 2011. As of August 26, 2013, he is the touring drummer for Paramore.

Aaron Roderick Gillespie was born on July 18, 1983 in Clearwater, Florida. Ever since he was born, he has been nearly blind in his left eye. He grew up in a devout Christian family, attended private schools, and went to church regularly. Gillespie’s parents divorced when he was 18.

At age 14, Gillespie worked at the church and vacuumed for $60 a week. He enjoyed playing the drums at church, but was told that he did not play well and that he played too loud. However, one of the leaders in the church came up to him and said that he would be “playing music that will change peoples’ lives one day so keep it up”.[citation needed] At this time he received a call from Underoath asking him to play drums for them.

In 2008 he achieved the HM magazine’s Readers Award for “favorite drummer”, along with his band mate Timothy McTague who received “favorite guitarist” of 2008. He is currently one of the preaching pastors at unveiledchurch.com based in the Tampa Bay area of Florida.

Recently Gillespie has done guest vocals on the song “All About Us” by indie pop band He Is We, which was released on the album “My Forever” on November 23, 2010. 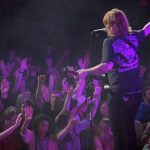 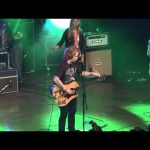 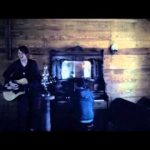