Jason Douglas Crabb (born March 3, 1977) is a Christian music singer and musician. He has been the lead vocalist for the group The Crabb Family. Crabb was voted “Favorite Male Vocalist” at the first annual Harmony Honors Awards and “Favorite Young Artist” at the 2000 Singing News Fan Awards. In 2004, he was voted 2004 Gospel Music Male Vocalist of the Year. He has been nominated for many other awards during his career. He has worked extensively with the Brooklyn Tabernacle Choir as a soloist.

GRAMMY® winner Jason Crabb is well known as one of the most compelling voices in any genre of music. With his power, range, and passion, he has moved easily among musical styles including gospel, country, pop and southern gospel. With his Reunion Records debut, Whatever The Road, fans of that incredible talent will gain a deeper understanding of the heart behind the voice.

In recording his fifth solo album, Crabb poured himself into his songwriting and the payoff is his most personal album yet. In further expanding his creative resume, the dynamic young artist explores the things that matter most and the greatness of the God he serves. “You have to reach in deeper places to write music, and with songwriting you have to stay there for a little bit,” says Crabb, who co-wrote seven of the album’s ten songs.

“I’ve never wanted to be pigeon-holed. I just wanted to make music. I finally found that if you’re part of the creative process of the song, then it becomes you. With this record, I feel like it’s a little more of who I am than what I’ve been. It’s where I want to be and it’s wonderful.”

Crabb unleashes his passionate voice on the most potent collection of songs yet in his already distinguished career. There’s a strong current of hope running throughout the album, particularly with the song, “He Won’t Leave You There.” In the chorus, Crabb sings, “When the darkness overwhelms you and the fear just won’t subside, when your questions outweigh answers on those long and lonely nights, when you’ve got to keep on moving, He is with you in the valley of despair, and He won’t leave you there.”

“I just want to encourage people and give them hope,” Crabb says. “The album is titled Whatever The Road, and I want people to know that whichever direction or whatever road you’re headed down, God is going to walk with you.”

Crabb also doesn’t shy away from tackling tough topics such as the album’s first single, “He Knows What He’s Doing,” which was inspired by an 11-year-old fan named Lily. “Lily showed up at a concert and wanted to sing ‘Love is Stronger’ with me on stage,” Crabb recalls, smiling as he remembers their duet. “So this song is about her. She was battling cancer when we first met and she’s gone home to be with the Lord now.”

Another poignant moment on the album is the tender ballad, “Home,” which was written by Jason’s father Gerald Crabb, a Dove Award-winning songwriter. “I had already recorded it and then grandma passed,” he says of losing his maternal grandmother, Billie Richardson, in early 2015. “When I recorded it, I didn’t know that that was going to be my song for her at that moment, but you know? I’m thankful. When I sing it, I just close my eyes and think of her in her little blue house, fixin’ everybody something to eat, but I’m not going to see her ever again like that, and that’s a big chapter closed.”

Though the album has a few heart-tugging moments, Whatever The Road also includes the buoyant tune, “It’s a Good Life.” Stylistically, the song is reminiscent of Tom Petty’s earthy anthems, but lyrically, it’s strictly autobiographical. “If I Shout” is a vibrant celebration of how Jesus can change a life. “Chance for a Miracle” is a thought-provoking anthem that demonstrates Crabb’s ability to wring every drop of emotion out of a well-crafted lyric. “This Life for You” is a heartfelt declaration of faith with a Celtic-flavored melody that underscores the bold message. The album closes with “Mysterious Ways,” a clever story-song about a young man who survives a car accident with a twist at the end that induces chills. From inspiring ballads to jubilant, up-tempo tunes, the common denominator in every song is the passion and authenticity Crabb brings to every vocal performance. It’s a gift he’s cultivated from a young age.

A native of tiny Beaver Dam, Kentucky, Crabb rose to prominence singing with his siblings as the Crabb Family. The talented, musically progressive family band broadened the scope of southern gospel music and became one of the most successful groups in the genre. When his siblings decided to pursue separate ministries, Jason released his first solo album in 2009, and it earned him his first Grammy the following year. Since then, he’s amassed numerous industry accolades, among them 21 Dove Awards, including wins in the “Artist,” “Male Vocalist,” and “Song of the Year” categories. In addition to his recording career, Crabb is also an actor and author. He shared his life story in the inspiring book, Trusting God to Get you Through, and has written a series of successful children’s books. To honor Jason Crabb, his hometown of Beaver Dam recently named the road adjacent to their new amphitheater after him – “Jason Crabb Drive.”

In everything he does, Crabb’s constant goal is to bring glory to his heavenly Father. He’s always been known as a gifted vocalist, but on Whatever The Road, Jason Crabb reveals more through his songwriting than he ever has before. In an already impressive career, Whatever The Road is a landmark album but recognition isn’t what Crabb is looking for at all. “I love making music. I love singing. I love throwin’ down and having a blast on stage,” he smiles, “but what an honor it was to get to share my life in these songs.” 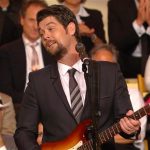 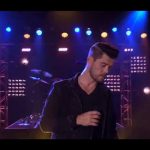 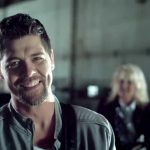