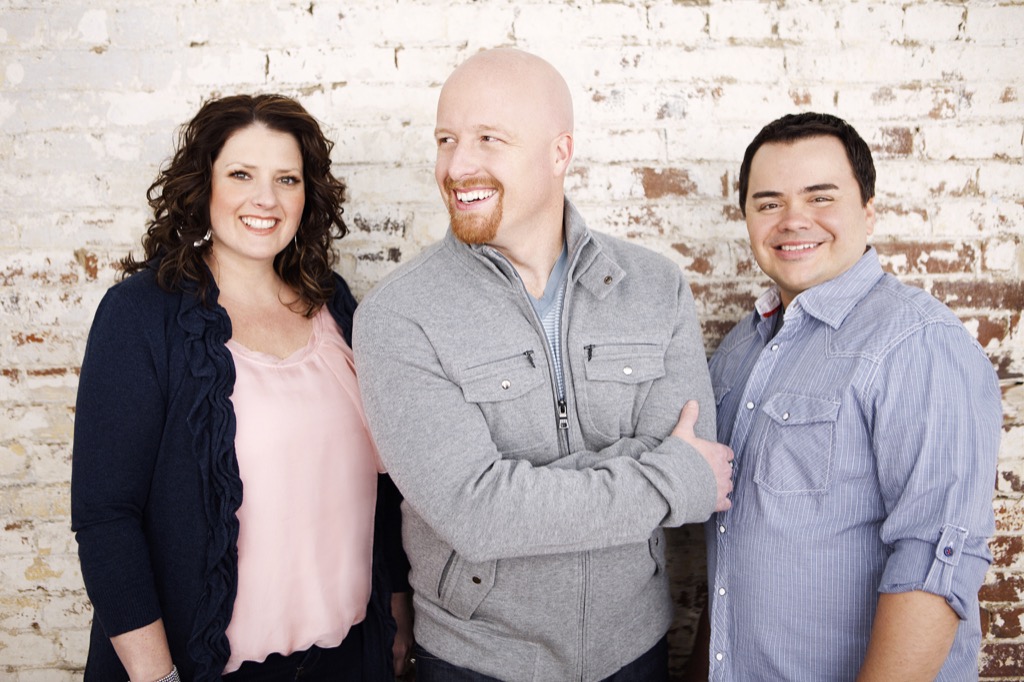 Selah is a contemporary Christian vocal trio consisting of Todd Smith, Allan Hall, and Amy Perry. They have won seven Gospel Music Association Dove Awards and sold more than 4 million album and single units combined. The group has been featured on The 700 Club, Hour of Power, and TBN.

Music has a unique ability to touch lives and transform hearts. Over the course of 17 years in ministry, Selah has seen that power over and over again. For Todd Smith, Allan Hall and Amy Perry, it’s both humbling and exciting to be part of a force that inspires, entertains and encourages. That’s what Selah’s music has always done and what the trio does yet again on You Amaze Us.

Well before the album’s release, the title track made history by becoming the only song to debut at #1 on the Christian Soft AC chart since Billboard began archiving the weekly charts in 2006. “You Amaze Us” also marks Selah’s eighth #1 single, joining the ranks of such group signatures as “You Raise Me Up,” “Wonderful, Merciful Savior” and “Press On,” among others. With seven Gospel Music Association Dove Awards to their credit, including five Inspirational Album of the Year trophies, their career sales have surpassed four million album and single units combined—more than proving the perennial relevancy of Selah’s soul-stirring songs.

Selah Press Photo
Selah Press Photo – Click to Download High-Res
“When people hear it, they connect with it,” Smith says of “You Amaze Us.” “It’s talking about Hope. Life has ups and downs, and when you are down, that’s typically when you are most open to change. You’re humble and at a place where you ask, ‘How am I ever going to get out of this?’ Then God pulls you through. I’ve seen that over and over in my own life. ‘You Amaze Us’ is saying, ‘I’m in awe of You. I’ve seen how You have brought me through in the past and I trust that You will again. I will hope in You and not focus on my circumstances, because Your Word is life and peace.’”

Penned by The Afters’ Jordan Mohilowski, along with Matthew Adcox and Douglas Fowler, “You Amaze Us” was produced by Smith, Hall, Mohilowski and Jason Kyle. “It’s a reminder of his faithfulness,” Perry adds. “God is amazing, and in my dark places, He is my light; in my fearful places, He is my strength and comfort. It’s just a big reminder that He is with us always.”

The potent worship anthem is resonating strongly with listeners and has become the flagship that anchors Selah’s ninth Curb Records album. Like their previous efforts, You Amaze Us is filled with songs that cover a variety of musical and emotional territory. Hall sings lead on “Nearing Home,” a gorgeous, country-flavored ballad he wrote as a tribute to Dr. Billy Graham. The idea for the song came to Hall after Graham’s daughter, Anne Graham Lotz, asked Selah to perform during a pastors’ retreat at the ministry’s North Carolina base, The Cove. Afterwards, she invited them to meet her father.

“We sang some of his favorite hymns like ‘I’d Rather Have Jesus.’ We actually recorded that for him specifically,” Hall says with a warm smile. “His place is beautiful, but simple. You can tell there is a lot of love in that house. We looked out in the backyard overlooking the incredible view of the mountains, and he prayed for us and for Amy’s baby, Josiah. Having Billy Graham pray for you, it was so humbling!”

In recording “I’d Rather Have Jesus,” Selah continues an established tradition fans have come to love. Over the years, they’ve become known for reviving classic hymns and bringing some of the Church’s greatest treasures to life for a new generation. “I grew up in a little country church back in East Tennessee and so I learned those old hymns. I’ve always loved them. And Todd’s family sang them in Africa,” Hall says. “There is such an elemental root to them. I think they speak to everyone’s heart, whether you are Christian or not. People have written us and said, ‘I don’t go to church. I don’t believe in God and yet when you sing a song like “His Eye Is On The Sparrow,” it moves me. I feel something in my spirit moving.’ Those hymns have a lot of power.”

“We love singing hymns and they will always be a bedrock of what we do,” says Smith. “The hymn writers really knew Scripture, so when they wrote, they wrote accurately. It’s a way of teaching people the Truth. There is something about music that stays with you. You remember it.”

You Amaze Us also includes such gems as “The Old Rugged Cross,” “Victory in Jesus,” “In the Garden” and “Just As I Am,” featuring a soaring lead vocal from Perry, who reworked some of the lyrics to give the song a more contemporary feel. “The pre-chorus says, ‘I come to You wretched and blind, in need of healing in my mind. I come to You broken and poor. I am empty. I have nothing more,’” Perry explains, “Because right in the middle of this hymn it says, ‘Just as I am, I come to You.’ This is really how I come to You, completely messed up. The words are from the original hymn just reworded in a way that made it feel more contemporary.”

Among the album’s many highlights is an African-flavored version of Andraé Crouch’s beloved classic “Soon and Very Soon,” delivered in both English and Kituba. “In Africa we lived off Andraé Crouch’s Live at Carnegie Hall,” Smith says, recalling his childhood in The Congo where his parents were missionaries. “When we were going through really hard times, we’d play that album and sing ‘Soon and Very Soon’ over and over again.”

“Be (My Heart, My Hands, My Voice)” is a powerful song written by Smith, Hall, Jeffrey East and Selah’s long-time producer Jason Kyle for the International Mission Board. “This song is really a challenge to the Church,” says Hall. “We are the physical manifestation of God in this world. Sometimes I wonder, ‘Lord, are You sure You want to leave Your redeeming work in the hands of such flawed people? And that’s how He’s chosen to do it—through the Church. We are not perfect, but He wants us to be like Him and to reach out.”

Penned by Smith and multi-Dove Award-winner Ed Cash, “We Must Not”—also produced by Cash—was inspired by Nik Ripken’s book, The Insanity of God. “We need to stand in the gap for our brothers and sisters who are on the front lines.” says Smith. “Many have asked us to pray this way: ‘Pray for our persecutors, that they will come to know Jesus through our suffering. Don’t pray we’ll get out of prison. Don’t pray we’ll be safe. Pray that we will stay true to the name of Jesus even if it costs us our lives.’ How do we fight persecution? Every time we share and live out the Gospel locally and globally we are standing with them.”

Nearly two decades and an impressive list of accolades later, the members of Selah continue to impact lives with their musical gifts. “When I was a child, I felt like God said to me, ‘I want you to help people through music,’” recalls Hall. “I didn’t know what form that would take and that it would end up being a career, but I’m glad it did. I love talking with people after our shows and hearing their stories. That’s why we do this—to encourage them. If we can lighten someone’s burden or help them walk through something even for a moment, I think that’s what God would have us do with our music.” 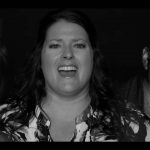 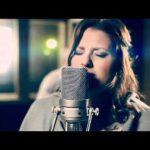 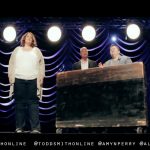