I Believe won an award for Best Gospel/Christian Album at the New Zealand Music Awards, Rapture Ruckus Live at World’s End debuted at No. 7 on the New Zealand album charts and Rapture Ruckus (2010) was nominated for a Dove Award for Best Rap/Hip Hop Album. Headed by Brad Dring, they have been a headline act at Parachute Music Festival several times and now in the US at Jesus Jam, Creation Festival, Sonshine Festival and Three Rivers Festival. 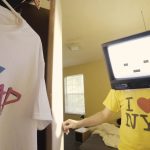