Mac Powell grew up in Clanton, Alabama. His love affair with music began at an early age as both of his parents would sing and play guitar around the house. Mac soon began to sing in the little bitty Baptist church by day, and listen to his dad’s record collection by night. The Allman Brothers, Lynyrd Skynyrd, Jim Croce, The Beatles, Johnny Cash, and Willie Nelson filled Mac’s ears and imagination.

When Mac was a sophomore in high school, he moved to Atlanta, Ga where his passion for music and faith found an outlet in the band Third Day. The band has traveled the world and earned 4 Grammy awards while selling millions of albums and building a devoted fan base. Third Day has helped transform Christian music, and Third Day was honored by being entered into the Georgia Music Hall of Fame in 2009.

Though Third Day continues to go strong, Mac has put together his second collection of country songs. Including collaborations with songwriters such as Darius Rucker, Christian Bush, Chris Stapleton, and country legend, Travis Tritt. The rootsy collection of foot-stompin’, hand clappin’ country tunes is a way for Mac to pay tribute to his early musical inspirations while showcasing some music with a bit more levity than Christian music affords.

We hope you enjoy the music, and look forward to the chance to play it for you live very soon. 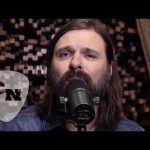 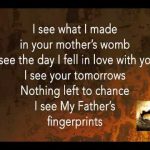