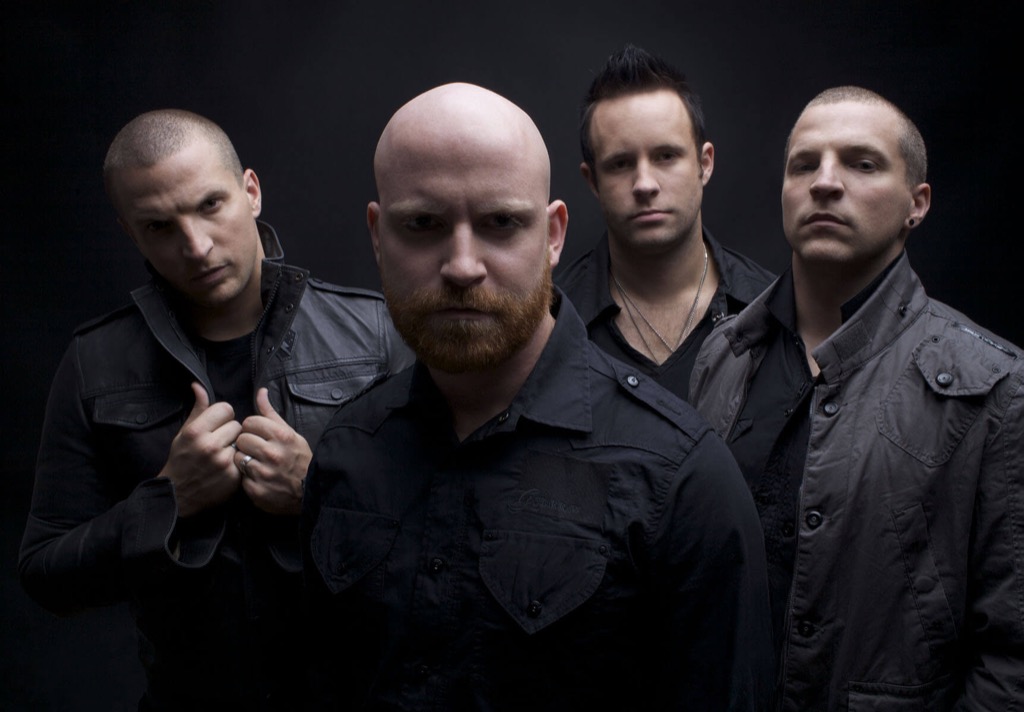 Over the last decade, RED has emerged as a career artist. Their honesty and transparency about who they are as human beings, what motivates and inspires them, and what they aim to accomplish with each step forward has established an army of loyal fans.

The band’s success emerged through a pure emotional connection with their audience, the power of their live performances, and most importantly, the passionate, honest dedication of band members Michael Barnes, Anthony Armstrong, and Randy Armstrong. Michael offers, “There is a certain ache in the melody and passion of our music. I feel it can reach emotionally into the soul of the listener and open up places in their heart they didn’t know existed. We wear our emotions on our sleeves, and are OK with who we are and telling others about the struggles we are facing.” Anthony adds, “We deliver our music and message aggressively using themes of theatricality and delving into the darkest parts of our lives in order to bring out the good. We are relentless and will stop at nothing to deliver great music that will inspire and bring the best we’ve got in our performances.

The band’s new album of Beauty and Rage is “about suffering and finding the beauty in that,” says vocalist Michael. “No one in this world likes to suffer, myself included, but we only become the strong individuals we are today from the trials and hardships we faced in the past. I remember meeting a teenager on Winter Jam 2013 who had terminal cancer. He wanted to meet us because we were his favorite band. In a sense, you might consider this a tragedy since his life was going to be taken away from him at such an early age. What I saw was beauty in the way that he handled his illness. The teen was full of hope and spirit, and even in his last days he was encouraging others and wanting to give of himself to make a difference in this world. To me that is a testament of the Beauty that can be found in the Rage of life.”

To Randy, “RED has always tried to challenge listeners to be real with themselves and confront their struggles head on.” Anthony adds, “Our struggles as humans are the catalyst for us to experience both the beauty of life and the difficult times that bring rage and confusion. One can’t exist without the other. It’s okay for us to descend into the darkest parts of our souls to recognize and learn how to draw the beauty out of difficulty and character flaw.”

The band’s new repertoire captures this theme with intensity. The track “Part That’s Holding On” represents the pain in losing a loved one or a relationship abandoned, exploring the feelings of grief alongside the beauty of memories that were shared, and holding on to that ideal utopia that was. “Darkest Part” dives into the emotions driven by a person needing salvation from the suffering of a deep seeded struggle within and the feelings of shame, guilt and rejection one might face when opening up to another individual. Anthony offers, “It’s simply about being vulnerable. When you trust someone and show the demons you have hidden away in your life, there is a fear and likelihood of scaring someone away.”

The song “Yours Again” exudes with emotion as Michael sings of reconciling again with what he once loved but lost, “Open up my eyes… I’m yours again.” In the song “Gravity Lies” Michael offers, “This is a song of self discovery in the ‘truth’ that you always believed about yourself due to the opinions voiced by others, yet that ‘truth’ does not really speak into who you are in God.”

For Randy, “Darkest Part,” “Shadow and Soul” and “Part that’s Holding On” most represent the realization of these recordings. “They are the most truthful dives into the human spirit we have ever attempted. As a band we have never been about pulling punches and these three songs are a punch in the throat. In the end we all have to find a way to hold on to what is right and what delivers the best version of ourselves.”

Amongst the personal favorites for the band members, Michael points to “Shadow and Soul” which he offers was “the most challenging and satisfying song on the record. The ache and yearning in this song wrecks me every time.” For Randy, “‘Part That’s Holding On’ is a song that moves me just a little more than the others because it reminds me to hold on to that strength inside that is what keeps me from falling into darkness.” As for his brother Anthony, “There isn’t a single track on this record that isn’t my favorite. They are all sacred to me in what they stand for.”

There is a brotherhood – literally and figuratively – that has kept the band together for the past decade. Each individual contributes to the collective, broader vision of RED. Randy reflects, “We have been friends for 27 years and this is what we have always wanted to do. When we were kids we shared the same favorite bands. They moved us, they challenged us, and ultimately encouraged us to make change. That is our goal as a band. Music is for everyone.” For Anthony, “We’ve been together for so long. Of course, sharing this experience in music with your twin brother is pretty incredible. We push each other and it’s a juggernaut when it comes to being passionate about every aspect of our career as artists.”

Michael offers a reveal of the greater concept at play thematically for of Beauty and Rage, sharing, “This record is very introspective, more than the last two albums, and it dives back into the days of our second album Innocence & Instinct. The concept for of Beauty and Rage is the dichotomy of good and evil, and finding Beauty out of things that we suffer within our lives. The visuals in the graphic novel and music video have these plague-masked creatures which represent the darkest evil that is inside of us trying to take us over.” Randy elaborates, “When you are trying to reach people you don’t do it with a match, you do it with the FIRE. With the visuals we came up with early this past year, we wanted to find a creative way to put the listener in a maze. The maze is this forest we found in Poland called ‘The Crimson Forest.’ The trees are black and the leaves turn red in the fall and drop to the ground leaving a blanket of red. It’s such a beautiful, serene world that anyone could see the appeal. We draw in the listeners with these beautiful moments all over the album in the midst of the rage that represents the things that can and always go wrong in life, then we throw in some monsters (whom actually are ourselves) and they are chasing us constantly. The chase is the battle we all fight against ourselves.”

As RED looks forward, Michael shares, “2015 will be a building year for us. I am feeling very confident in the music and hope the emotions in the songs will be realized and connect well with our audience and new listeners. My hopes for beyond would be that we would be able to show this record, in live set design, to its full capacity. We would love to maximize the world that we have created between the music, graphic novel, and bring it to the live stage. We want to put on a show that is unexpected and people will be talking about for years to come.” Randy offers, “My hopes for 2015 and beyond are just to continue to make music that people will appreciate their whole life – music we can always be proud of because we were real.” 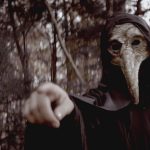 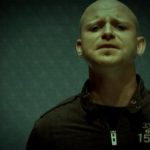 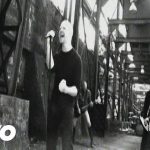