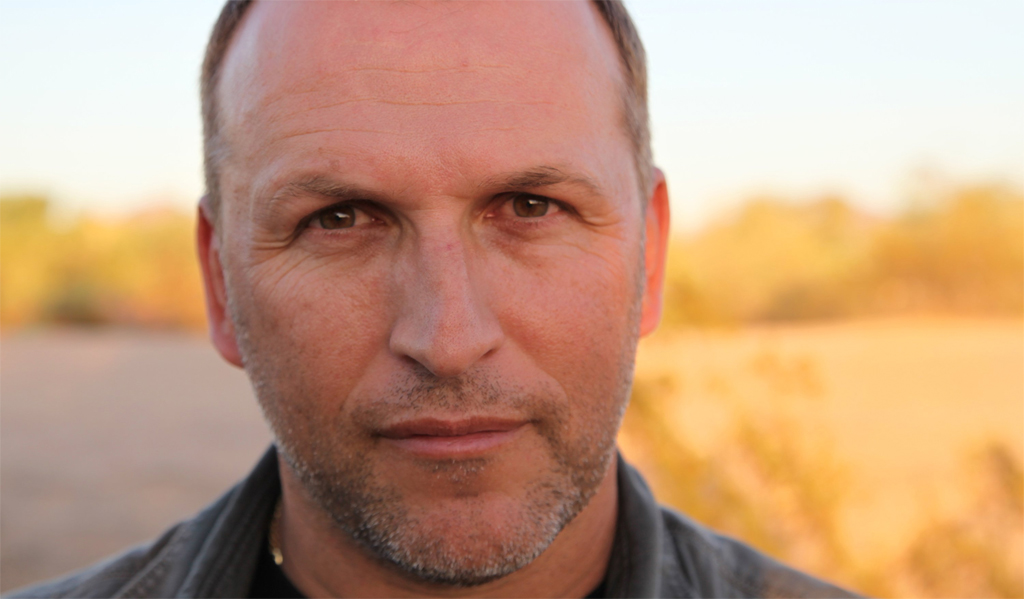 Paul Colman is a Grammy Nominated singer/songwriter/entertainer. He has performed all over the world, written hit singles, garnered numerous awards and has sold hundreds of thousands of records. Paul still travels the globe singing and speaking and sharing his songs, thoughts and faith. He has released 15 recordings featuring his songs and for the three years (2005-8) was the guitarist for Aussie rockers, The Newsboys. Jan 2009 saw him release HISTORY: a collection of his best songs. Aside from HISTORY, you can purchase all of Paul’s music (solo and Trio) on itunes.

Paul’s father, Robert Colman, was a much-celebrated singer/actor who had spent over a decade in London, England (where Paul was born) as the lead in many a musical. He was, and still is, the youngest person to ever win the Sun Aria Award in Australia and released close to 30 of his own recordings. (www.robertcolman.com) Music was always in the Colman house and Paul would spend many an evening in the audience watching his father perform. In 1973 Robert left the secular artistic world and became a minster at a church in Melbourne, Australia. He also, for a period of time, was recognized as Australia’s leading gospel entertainer. This title galvanized by two sell-out nights at the Sydney Opera House and captured on a live double album.

Early musical influences for Paul were Elvis, Larry Norman, Steve Taylor, Andre Crouch, Randall Waller, Avion, Kansas, The Angels, AC/DC, U2 and Midnight Oil. It was Larry Norman however that really captured Paul’s imagination. The Colman family saw Larry perform live many times in the 70’s and 80’s in Melbourne, Australia. Paul recalls, “I remember seeing this guy up there on stage at Dallas Brooks Hall in the heart of Melbourne on his own with an acoustic guitar, a microphone, a razor sharp wit and songs that really went deep into me. Somewhere inside my heart and mind I said ‘I want to do that! It was actually about 18 years later that I stood in that exact spot and sang my own songs to a packed house.”

Paul performed a lot during these years at events connected with his father’s church. This connection with music and faith would become the backbone of all of Paul’s future musical endeavors. He played drums, bass, piano, flute and guitar from week to week in the church band as well as performing at youth group camps, coffee shops, church concerts and outreach events.

Paul’s first band, ‘Childish Behavior’, played mostly at youth gatherings, roller-skating parks, high school parties and community events. Paul was the band’s primary songwriter as well as the lead singer/bass player. One of the bands guitarist and Paul’s main co-writer David Thomas (Davage) went on to form 2 of Melbourne’s influential Indy outfits: Nursery Crimes and Pre-Shrunk. Childish Behavior disbanded in Dec 1985 after a series of shows at a local Roller-Skating/Music venue headlined by none other than metal pioneers Motorhead. Paul’s living memories of these shows remain to be some black and white pictures, a scrappy desk tape and Lemmy’s beat-up leather jacket that was left behind in the trashed dressing room. The jacket became a staple gig outfit for Paul for a number of years, but Childish Behavior was over and Paul headed to the USA to live for a year in Washington D.C and Billings, Montana where he worked on his performing and songwriting and began his love affair with America.

Just prior to flying to the USA Paul won a competition at a local coffee house called The Green Lantern. The Lantern was a very popular hangout for musicians and particularly singer/songwriters. This was a small venue that seated only about 60 people and the competition that Paul won first prize for was for about 50 performers of all ages. The 1st prize was 10 hours in a recording studio. Paul recorded two of his own songs “Its’ too late” and an unnamed composition. The songs were not hits and the recording went nowhere but it gave Paul his first taste of a professional recording studio. Development and performing with Larry Norman (1986-1992).